The picking will begin later this week after their physicals and shots late Tuesday or Wednesday. I realize some are really chomping at the bit for more photos and videos. I’m very disappointed in the puppy cam this time around and really must apologize. I have tried several different set ups and cameras and am not very pleased with anything! I hope those watching have had some success.

I hope to use the iPad to take lots of video over the next few days. In the meantime, below are some of the latest photos. I apologize for the lack of photos, too. Frankly, everything in the electronic-area of this enterprise is a mess lately! A new computer set up has put a wrench in everything from e-mail that crashes constantly, almost none of the software I am used to using for photos/video, etc., will work on this system and I’m trying to learn new software and find a new workflow. It takes more than triple the time to get anything accomplished in order to share photos… and I have a severely messed up land line that I have to find someone to rewire, vehicles are having issues, I broke the water heater throwing much needed firewood down into the basement; not only flooding the basement and all the firewood, but I then turned off the wrong electric breaker and I guess I fried the heating elements 🙁 … after several attempts we finally fixed the broken valve on the bottom, and replaced the elements… it is certainly nice to have hot water on-tap again! It would be really nice to have dry firewood… anyway… bla, bla, bla. I’m sure you don’t care to hear about it all. But, this is my reason for the lack of activity here for the past week! 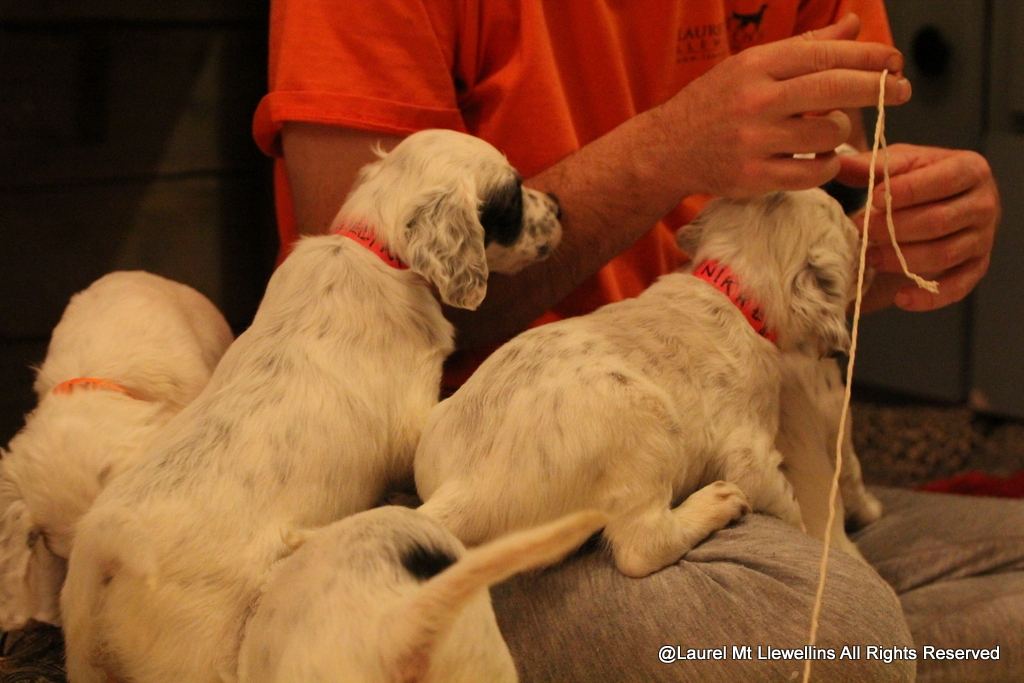 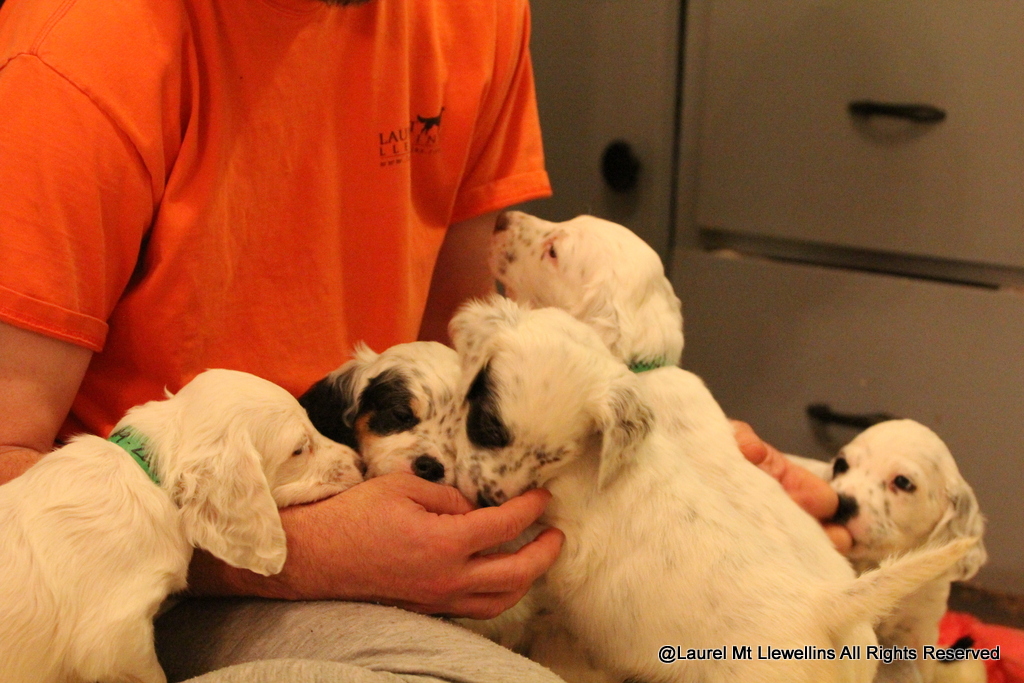 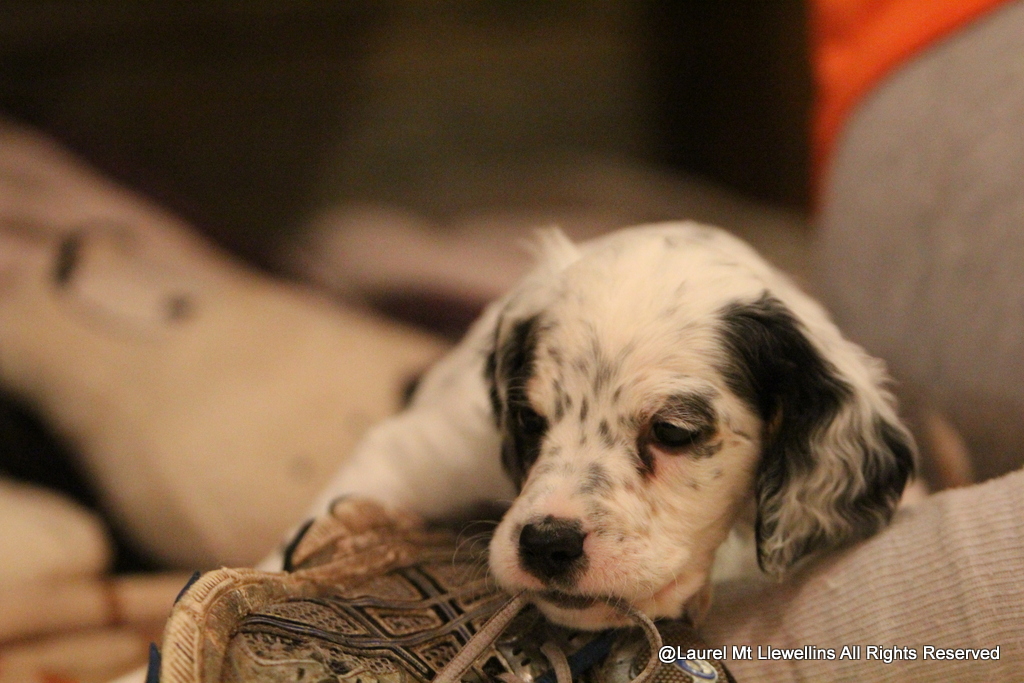 They are doing great and are now getting into everything! They are chewing and biting and ripping and tearing… when they are not sleeping and pooping! 😉

As I’m sure you know, the temperatures have been below zero for something like at least the past week-ten days. The wind chills have been as low as -30°F. Bone hurting cold. I have opened the door a few times, but it is just absolutely too frigid for 5-6 week old puppies to venture outside. This morning was a balmy 12°F, so I did open the door to see if they wanted to give it a try. A few did step out into the snow briefly and then ran, ran, ran back inside! But, they really are busting to explore more than the whelping room and kitchen. Some play time and exploring outside would really help me see a lot, too. Especially for the folks getting ready to pick from this great litter! Hopefully things will be warmer over the next few days—I haven’t checked so I really have no idea what the temperatures are supposed to be—so I can get them out briefly for some better photos and video. The lighting is down-right awful inside and I get a short period of time during the day when natural light helps in the kitchen…  I’m trying!

I’ll pull it together over the next few days….